Creating Maneela – I am Falling (Dorfmarke Remix) was quite fun especially to work with the vocals of this track which was originally released back then in 2003 on 12″ vinyl by House Nation.
From an artist perspective I did push this tune more into classic Dance territory. Hope you like it!

The remix will be officially released 10/04/2015 by Sounds United but it is alreay Out Now as part of a compilation on Beatport! :))

Check it out here:
http://pro.beatport.com/track/i-am-falling-dorfmarke-remix/6455616

RReleases
Steve Murrell – 2 am (Dorfmarke Remix) available exclusively for pre-order via Traxsource! 🎶❤ Buy here: Steve Murrell…
RReleases
Get the ‘Dorfmarke – Alone In The Dark’ EP while it’s free (or if you want to support…
RReleases
Chris Simon – Skyline (Dorfmarke Bass Safari) is available exclusively for pre-order via Traxsource! 🎶❤ Pre order link:…
RReleases
The preview of my Alex Par – In Between (Dorfmarke Remix) got featured on Indie Shuffle music blog which…
RReleases
Almost one year ago the 5-tracker EP ‘Dorfmarke – Alone In The Dark’ [DP-001] with superb remixes by… 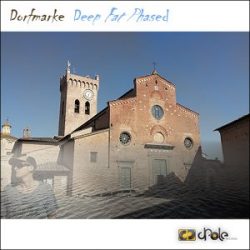 Read More
RReleases
Hi there, am happy to share with you the release of my 2nd EP – Deep Fat Phased…